Saajan made him famous as producer, but he was infamous for his underworld connection. His name is Sudhakar Bokade, who passed away today due to a heart attack in Mumbai on July 8, family sources said. He was 57.

He is survived by daughters Divya and Kiran and son Krishna.

His last rites were performed at Oshiwara crematorium, with family and close friends.

Bokade was admitted to the Kokilaben Dhirubhai Ambani Hospital in Andheri, a western suburb of Mumbai, two days ago due to breathing problems. He passed away last night after a heart attack, his son Krishna informed.

Krishna and his father were visiting Malaysia. On the journey back, Bokade complained of difficulty in breathing following which he was hospitalised. 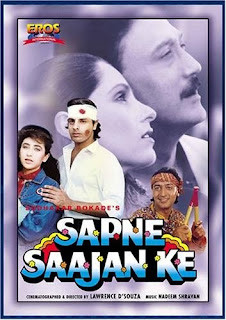 It is said in bollywood circles that Sudhakar Bokade was once a loader in Air-India. There he made relations with Dawood Ibrahim. He got his backing and started producing films. He famously forced film star Govinda to start shooting for the multi-million Izzatdaar at gunpoint. The police claimed Bokade has strong mafia links, a charge he denied.

He launched Kalinga with much fanfare by Sudhakar Bokade who was a leading producer at that time, riding high on the success of movies like Izzatdar, Saajan, etc. The movie created headlines because the legendary Dilip Kumar was supposed to direct it. The movie was many years in the making and could not be finished and shelved. 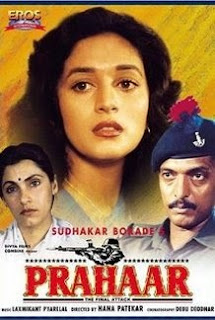 During the mid-1990s Sudhakar Bokade,  who had earlier worked with Rahul Roy in Sapne Sajan Ke, decided to produce Mera Juta Hai Japani. Roy was due to make his directorial debut with the movie, for which Sanjay Dutt and Jackie Shroff were signed. However, Bokade could not raise the money to complete the film.

Posted by Jaywant Pandya at 8:59 PM

Good article. In bad time, he was deserted by all n sundry. Dilip kumar's KALINGAc was cpleted but never released. His one more movie starring Rishi kapoor-Pooja Bhatt also lying in canes.