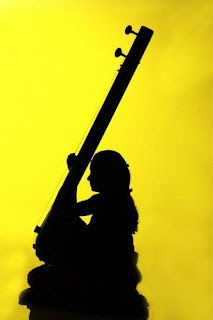 It's really a breaking news. And it can be done only by Door Darshan (DD). We may criticize Door Darshan as government mouth organ, but it is true that Indian culture is preserved on DD and no private channels.

While most of private channels have either moved away from Indian culture (Iss jungle se mujhe bachao, Rakhi Ka Insaaf, Sach Ka Saamna, Bigg Boss) or have presented Indian culture in wrong way. Infact, most of reality shows are either Indian version of foreign shows .(In most of serials, big family, Saas-Bahu fight, conspiracy against relatives, extra marrtal affairs are shown.). In children based reality shows also, children are made to wear short dresses, they are asked about girlfriend/boyfriend, they are given/asked for flying kiss or they are made to dance/sing on vulgar/double meaning songs.

Has any channel dared to telecase reality show based on indian classical dance/music? Even, lifestyle based channel or food based channel are also mostly showing continental life style/food items. It is nothing to showcase world culture, but it should be limited to some extent.

These channels show titles of serial in Roman/English script. However, it should be noted that now SAB tv has started to show titles, recap, coming soon etc...in Hindi language.

So get ready for original reality show.
Posted by Jaywant Pandya at 6:57 PM

This is really a good move.