Gadha prasad and Chandramukhi Chautala are back! 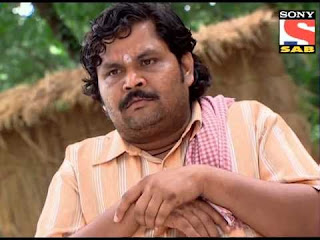 Children's favourite character Gadha prasad is back after break. He fell sick and was on sick leave. However he got speedy recovery and he thanks for that to Lord Hanuman. Very few know that Gadhaprasad aka Jeetu Shivhare is a devout Hanuman bhakt in real life! Jeetu visits regularly Lapataganj's set and has been seen offering his prayers to the So, it became quite natural for him to first visit the Hanuman idol to seek blessings of lord before starting to shoot for the show.Not only Jeetu Shihare, but Lapataganj's Biji Pandey (Abbas Khan) is also devout follower of the lord Hanuman.Jeetu said it is Hanumanjee's blessings due to which he could recover fast. 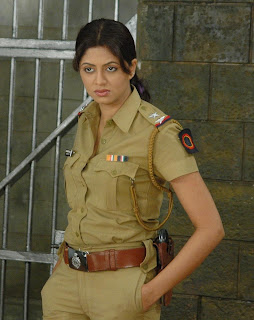 Another popular character Chandramukhi Chautala is also back on small screen. It is known fact that Kavita Kaushik who played Chandramukhi in F.I.R. had taken break to play Maina in 'Tota weds Maina'. Chitrakshi Rawat as Jwalamukhi Chautala, daughter of Chandramukhi entered in serial F.I.R. But she could not gain popularity. May be because she got only brief period. Kavita Kaushik has her own style. Chitrakshi could not match with her. Now it has to be seen weather another popular characters Gulgule (played by Kiku Sharda) and Roshan Singh Sodhi- Roshan (Taarak Mehta Ka Ooltah Chasmah) will be back or not.
Posted by Jaywant Pandya at 9:19 PM