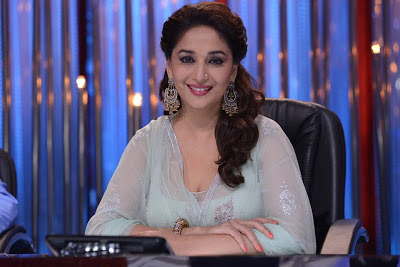 Madhuri Dixit. Indian name of Venus. She appears as judge of 'Jhalak Dikhala Ja' since two or three seasons. Now she has shifted to India permanently. She is also active now on facebook and twitter and updating status regularly and posting pictures too. 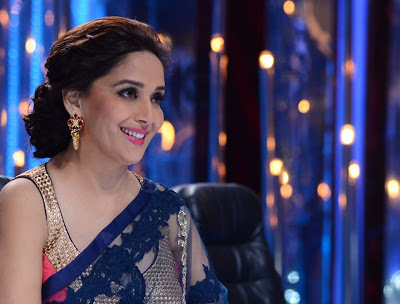 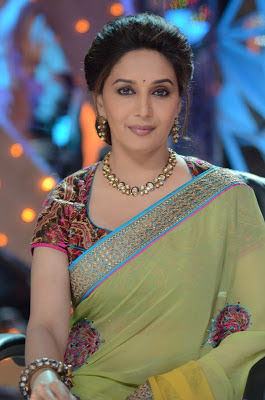 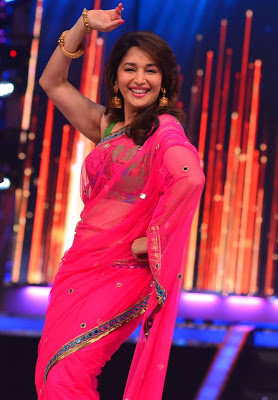 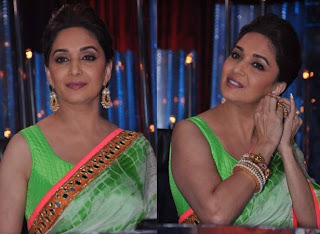 According to those status, pictures and the way she looks in 'Jhalak Dikhla Ja', the way she seems to be enjoying her new job, it is obvious that she is very much happy. Reason is simple: Now she is icon for aspiring so many wanna be actresses. She had been number one in bollywood. Her charm is still in people of  India. She is getting commercials, new film offers. She is still remembered for her 'Ek do teen', 'Hum ko aaj kal hai intezaar' or 'Dola re dola' dance numbers. Her smile is beautiful and attractive. The way she says 'Perfect' in 'Jhalak Dikhla Ja' is awesome. After one dance is complete and music still going on, Madhuri is seen dancing with that music sitting in her judge chair. She is natural dancer. In last episode when Manish Kaul asked to perform on 'Hum ko aaj kal hai intezaar' he came on table in front of Madhuri. At that time, Madhuri also expressed her gestures through eyes, neck and head. It was spontaneous.

Now she will be seen in 'Dedh Ishqiya'. Let's wish her best for her second innings in bollywood.
Posted by Jaywant Pandya at 3:16 PM