Size plus actresses : who cares! 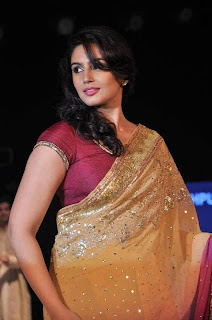 Actress Huma Qureshi who is three film old, and has managed to garner equal praise and criticism for her curves in the size-zero-obsessed industry, prefers to be her pretty self rather than falling for the fad.

Huma was loved for her voluptuous figure and earthy style in her first movie `Gangs of Wasseypur`. But she was criticised by some quarters for her weight issues.

"In `Gangs of Wasseypur` I was the pretty girl, it was glamorous role. In `Ek Thi Daayan` I was the heroine. I have always been the pretty girl. I think there are people who have a craze about size zero but today we do have heroines who are curvier," Huma said in an interview here.

"Either you think of it (weight) as a problem or as an added advantage. I would like to be known for my personality rather than size zero, I am an actress. I don`t want to be a hanger," she said.

Huma feels there are so many actresses today who are not size zero but still have a huge fan following. However, if in the near future a role demands for her to transform herself, she is game for it. 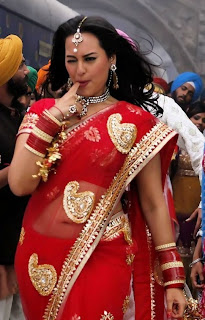 to let all that is said on the subject of her weight fall on deaf ears. The actress said, "I have become immune to whatever is said and continue to be said about my weight. Actually I have become bored of even hearing about it. I don't give people a chance to say anything about my acting and dancing skills, so they have to find something to talk about. So they have to find a subject to criticise me about which continues being about my weight."

Vidya Balan is also not and was not size zero. Infact, for 'Dirty Picture', she gained 12 kilos as role of Silk Smitha demanded fat actress. How did she put on weight? 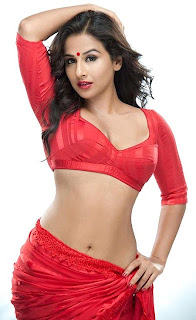 The Dirty Picture star Vidya Balan had then said, "For the first time in my career, my director (Milan Luthria) and producer (Ekta Kapoor) told me to put on weight. But I don't want to. With an Indian face and an Indian body structure, I will manage it. If I increase it for this film, then I will also have to reduce it afterwards." But soon enough, the actress known for her capacity to get into the skin of every character she portrays, had made peace with herself and gained 12 kilos to become Silk. However, it seems that after film and marriage Vidya Balan had shedded extra weight.

Size zero trend in bollywood in recent times was started by starlet Kareena Kapoor. Kareena Kapoor shocked the conservative Indian public by daringly appearing in a bikini in the film 'Tashan'. The 29-year-old actress lost significant weight for the role and reportedly collapsed on the set. But at time of 'Three idiots' and 'Ra One' Kareena had gained weight again. (Re-view 'Chhamak Chhallo' song again!)

Posted by Jaywant Pandya at 7:31 PM