How would Amitabh be fit for Big Boss? 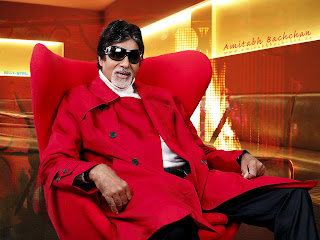 Yes, it came as surprise! No scoop was published before the official announcement. No gossiping was there that he may return to small screen.

So, when colors channel announced on 4th September that Amitabh Bachchan will be host of Big Boss's season 3 it was really surprise for many. Before couple of years rumour heard or read about Big B was that he may host or work in a show for zee tv.

But rather than Amitabh has chosen to come back on tv, more surprising thing is that he has selected Big Boss as come back vehicle.The format and histroy of Big boss (right from season 1 that aired on Sony Entertainment Television) is of controversies, abusive words, exposures, back biting, manipulations, flirting, all that dirty games which can be played. In contrast, Amitabh Bachchan is very soft spoken. He is not angry man unlike his image on big screen. Rarely he shows his anger and even being angry he uses very selective words. He likes to be political correct.

But one should not worry for Amitabh and Big boss coming together as Amitabh has clearified on his blog that he had told colors channel to make certain changes to be in line with his image. So, the talk is that Amitabh will not be seen as host but sort of philosopher.
Posted by Jaywant Pandya at 10:31 AM

Nice one. Keep it up. It is nice to read about Big B from a Gujarati and from a friend.