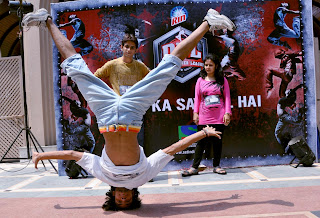 The show promises to highlight India’s rich & diverse culture from each region - each with its own flavour and unique identity. Dance has been a form of expression, art, passion and an integral part of the Indian culture. The show will showcase this diversity and give an opportunity to teams from each zone to compete & bring glory to their region. 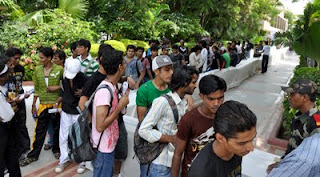 Dance Premier League will have 5 teams from 5 different zones of India (North, East, West, and South & Central) and 1 NRI team competing with one another for “regional pride” – to bring glory to their zone by winning.

Each Zonal team will comprise of talented dancers selected through multi-city auditions across selected cities in each zone. Dance Premier League promises pan Bharat representation and will hold auditions in 15 cities in India and in London to scout for the best dancing talent starting September 1. This audition process will culminate with selection of final team for each zone. Each team will be mentored by a celebrity choreographer as they chart their journey from anonymity to fame, from being a contender to a champion.

According to Danish Khan, Vice President, Head Marketing, Sony Entertainment Television, “ Dance Premier League is a unique format which will provide a platform to talented dancers from all across India an opportunity to represent their respective zonal team, so the art from “dance” will combine with “regional pride” and bring alive the colour and spirit of different regions of India on a national platform. It will provide viewers with entertaining, engaging and compelling content every weekend”.

North zone's audition is completed under leadership of Salman Khan.
Posted by Jaywant Pandya at 10:50 PM