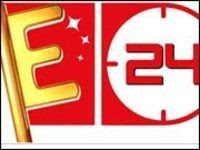 It is nothing but cheating.

That's what we can tell about 'Bollywood Dhamaal' show- a so called game show coming on E24 at 10.30 pm.

In this show, one beautiful girl posing as an anchor asks viewers about bollywood puzzle. What was I saw yesterday (14th September, 2009) was photo of one young film actress. Her face was hiddent. Part of body starting from neck was only shown. Viewer was given two choices : call or sms. The callers were constantly giving wrong answers thus tempting viewer to sms or call. And prize was also quite big. It was Rs. 17,000. I smsed but the message I got in reply was : Mubarak Ho! Aap ka lucky no. hai....something and keep smsing to make your chance better. Callers were constantly giving wrong answers. I thought about calling. I called but It was clear from tv  there was no call coming eventhough my call was not being received. Only just sweet voice of girl saying : Congratulations! You are lucky to be reach in waiting list! Your call can be transfered anytime to studio, keep holding. Meanwhile price was getting higher and higher. I ended my call and understood all the game. The call cost was Rs. 10 per minute. So their game is that caller's call should not be attended so that call time gets increased. And there must be in house or staffters who pretend to be caller keep telling wrong names of the actress  so that viewers get tempted to hold call more minutes.

And this is not only mine experience. You can check on net. Many has written against this show.

What a cheating!
Posted by Jaywant Pandya at 10:33 PM

now a days every channel has started this thing