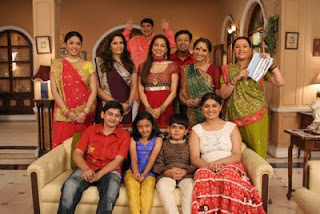 The show of Hats off production had gained so much popularity in its first season, but somehow channel (star plus) kicked it like football. Show in first season used to be on air on Friday, Saturday and Sunday. But whenever there would be some award show like star parivar or iifa, 'Baa bahu..' would be telecasted on another time or even cancelled. Show was then shifted to Saturday and Sunday. Frequently changing time of these show without any advertisement or notice made its loyal audiences disturbed as they could not keep track of the show.

Hope this time it doesn't get kick frequently. 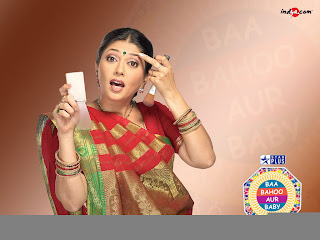 This time the actress playing Leela is changed. Lubna Salim was doing fine job but somehow actress has been replaced. First episode of 'Baa Bahu..' made impression on me that the new heroine playing Leela bhabhi is not fit for this role as I have good impression of Lubna Salim (remember, the way she used to say, 'Ye to hona hi chahiye?' and 'kya Gattubhai, aap bhi?')

Even in first season, when character of Pravina was made to death by scriptwriters, I was disappointed because Vaishali Thakkar has masterly acted as Pravina. (She had acted superbly as vamp in 'Ek mahel ho sapno ka' also, do you remember?)