There is major disaster in Kedarnath due to flood, burst and land sliding. Ganga river had destroyed many houses. Talking about Ganga, it rises from Gangotri, Uttarakhand and ends in West Bengal. If you have visited Gangotri and Haridwar, you will agree that in Gangotri, Ganga is very pure. But when it comes in Haridwar it becomes impure due to menkind. Men and women bath in Ganga. They wash their dirty cloths in Ganga. They even throw waste in this pure and sacred river. When it reaches to West Bengal it becomes very impure. 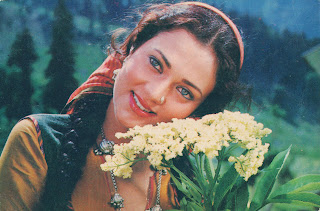 Great showman of Indian cinema, Raj Kapoor depicted this thing very well through a story in 'Ram Teri Ganga Maili'. He made this film when Rajiv Gandhi, then prime miniter, initiated Ganga cleaning project. In 'Ram Teri Ganga Maili', Ganga is a girl which lives in Gangotri. She is very innocent and cute 'pahadan' girl. When Naren from West Bengal goes there on picnic, he and Ganga fall in love. They get married. Naren returns from the picnic. But there in Gangotri Ganga becomes pregnant. Now there is no news from Naren who is industrialist and wants that his son be married to daughter of corrupt politician Bhagwat Choudhary.

So Ganga starts her journey from Gangotri. Pure in character Ganga becomes 'Maili' when she reaches Kolkata due to bad people. 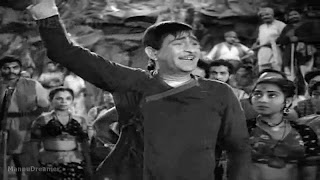 Raj Kapoor wanted to convey message through this song that in Bharat (i.e. India) where sacred river like Ganga flows, every man is true speaking person, he/she has very pure heart. 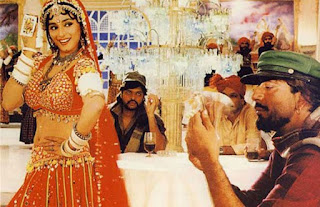 Ganga is very significant to Hindus as well as other communities in Bharat. So, take water in palm and take oath keeping Ganga water witness. This is called 'Ganga Ki Saugand'. Amitabh Bachchan and Rekha acted in this average hit film. In 'Baiju Bawra' Bharat Bhushan sings this song :

The hero whose most films had Naushad's music, Dilip Kumar acted in film called 'Ganga Jamuna' but there is no direct connection to Ganga river. Only Dilip Kumar's name was Gangaram. That's it.

Similarly there was one film 'Jis Des Mein Ganga Rehta Hai'. Govinda played lead role of Ganga. Like Ganga river, this young man called 'Ganga' is also very innocent and pure by heart. It was comedy film which could not succeed much. 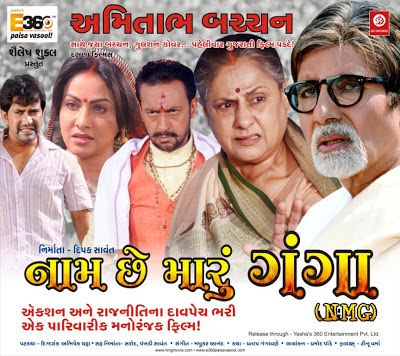 Another film also can be put in this category, where name of river is used in film but there is no connection to  Ganga. It is 'Ganga Jamuna Saraswati'. Amitabh Bachchan played role of Ganga. This was one of the flop films of Amitabh and Manmohan Desai. Amitabh Bachchan and Ganga name has two more connection. He has acted in Bhojpuri hit film 'Ganga' and 'Ganga devi'. And 'Ganga Devi' was dubbed in Gujarati as 'Naam Chhe Marun Ganga'.

If any film maker gets idea to make film on Ganga floods that destroyed Uttarakhand, we will see another film connected to Ganga river.

Posted by Jaywant Pandya at 3:20 PM