kkusum fame Nausheen Ali Sardar is back on small screen 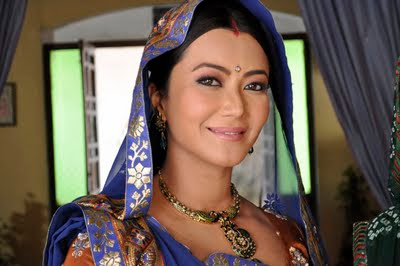 After regaling TV audiences in iconic shows like X-Zone, Saturday Suspense and Star Star Bestsellers, Kkusum and a host of Pakistani serials, Nausheen Ali Sardar is now back on the small screen, after a long hiatus. The long-legged Bandra beauty has now donned the Rajasthani attire for the mature role of an elderly mother in Beend Banoonga Ghodi Chadhoonga, the popular daily soap on Imagine.
The stunning actress reveals the reasons for her break from the small screen, her marriage plans and future projects. Excerpts from an interview:

You had taken a long break from TV all these years. Why?
I had done a lot of TV and wanted to do something different, something bigger. So I signed five films in four years. At that point I had thought that if things did not work out, I could always go back to TV. And for some reason or the other, the films I did got delayed. Then I realized that I did not quite have the patience for films.
You aren’t being seen much on TV either.
Well, after Kusum, I did Kaalchakra in which I had a triple role. I hosted the show, Arranged Marriage with Swapnil Joshi. I was also offered Nach Baliye also but I rejected it.
Why?
Because I am extremely scared of dancing! Whenever I am asked to dance, I just freeze.
Talking about marriage, we heard that you are getting married soon. Is it true?
Yes. I will get married within this year.
Who is the lucky man?
That, I can’t tell you. It is very personal.
So the earlier reports about you going steady were true after all.
I won’t comment on that either (smiles mischievously).
Okay, what attracted you to this elderly role you are playing in Beend Banoonga Ghodi Chadhoonga?
It is a very strong role. In fact, the character of Santosh, which I play, is one of the pillars of the story, along with those of Jai and Sarika. Secondly, it is a male-oriented serial, unlike the female-oriented ones that are the norm now. So there is something different about this.
What kind of challenges do you face as an actor, while enacting this role?
Well, firstly, speaking in the Rajasthani dialect is a big challenge. I am a typical Mumbai girl, that too from Bandra. Speaking like an elderly Rajasthani woman, especially in the early episodes, was very difficult. Secondly, playing a mother to a young man is also a challenge. I am not even married in real life. And here, I have to portray a mature, orthodox woman.
Apart from your role, what do you like most about Beend Banoonga Ghodi Chadhoonga?
It is about traditional family values. And most importantly, it is about this girl from an orthodox family who asserts her wish to become a doctor. This is a subject which few serials have tackled. Moreover, as I said earlier, it also has the male in a pivotal role, a refreshing change from serials where the male characters are pushed into the background.
What other projects do you have in hand apart from Beend Banoonga Ghodi Chadhoonga?
Right now, all my time devoted to this serial since it is a daily soap. But yes, I have done a film, Bangalore Blues, with Irfan Khan. It will be releasing this year.

Posted by Jaywant Pandya at 7:33 PM