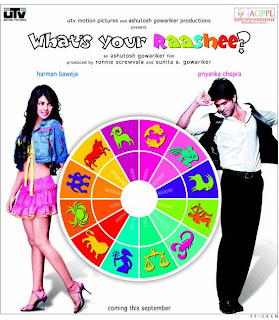 For some years, there is trend of minimal songs in film. Many films even have not a single song.
But in Hindi cinema, a film without song, as per my view, is like body without soul!
Remember, Rajshree's 'Maine Pyar Kiya' did not only bring back malodious music but also trend of more than 5 songs in a film!
Now, Ashutosh Gowarikar's 'What's your rashee' will revive this trend as it will have 13 songs!
You can guess length of film if it has 13 songs! But Ashutosh is known for lengthy but tight script. As he has very good music sense it is for sure that 'What's your rashee' will entertain musically also.
Posted by Jaywant Pandya at 7:09 PM