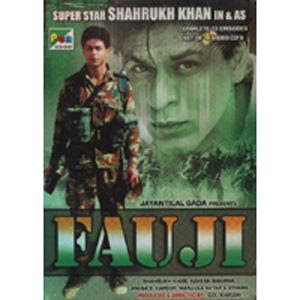 For those who loved serial ‘Fauji’ in ancient times of Door darshan, there is good news to share and good news is that a sequel of this popular serial is coming.

Surprised? Yes. It is true. Producer of ‘Fauji’ colonel R.K. Kapoor has confirmed this. ‘Yes, I am making another Fauji,’ Colonel Kapoor says, ‘I have met officials from the defence ministry and got the green signal but I’m yet to acquire a written approval from them. They have also offered to help me with the additional details that I may need to make it look real. I will begin writing the scripts in the New Year, finalise the cast and then start shooting from April.”

Though there were only 13 episodes, ‘Fauji’ was a popular show. It was perhaps the first ever TV show which showed the Indian Army very closely. Kapoor said, “I have spoken to a private channel and they have liked the concept but nothing is finalised yet.”

Will he launch another Shah Rukh Khan in 'Fauji 2', “When I made Fauji, I only introduced a good actor. For 'Fauji 2', I haven’t thought of anybody yet but, I am on the lookout for a good actor again.”

Was Kapoor in touch with Shah Rukh? He replied, “He is a superstar now and must be very busy with his work. I would not want to disturb him unnecessarily. At the same time whenever I see him onscreen I feel very proud.”

He added, “But I am still in contact with Vikram Chopra, who was Shah Rukh’s ‘buddy’ in the show. His name in the show was Lt. Vikram Chopra. He too was very popular then, with his dialogue ‘I say Chap.’”

And what has prompted him to make 'Fauji 2'? “After 26/11, I have seen the love people have for the country. But very few know what the army is all about. I am hoping that through Fauji 2 people will get a better understanding about the army.”
Posted by Jaywant Pandya at 2:16 PM