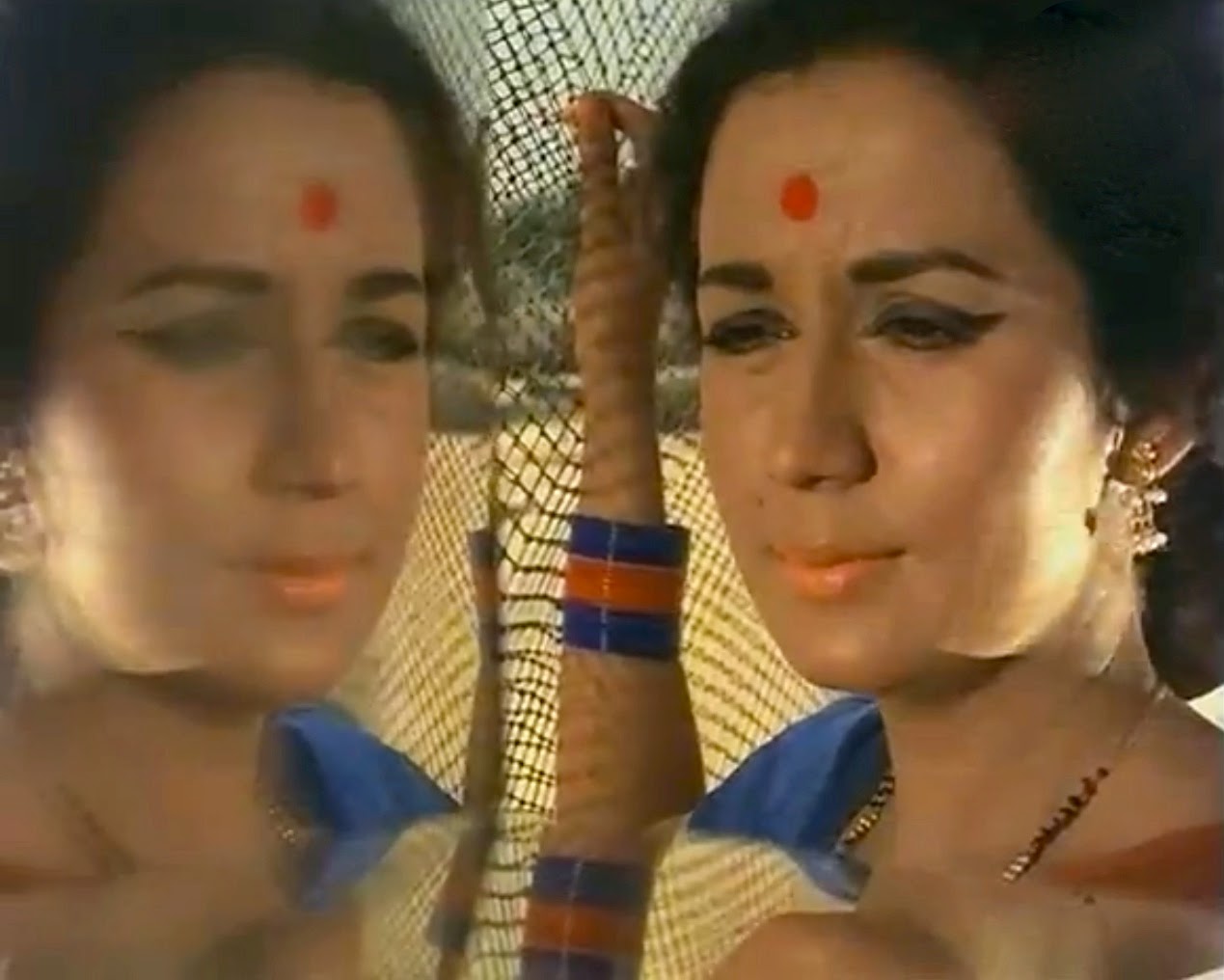 So, one more star has fallen!
60s decade is known as golden era in Hindi film industry! And those who have worked in that era were really having good luck and they gave us very clean and real entertainment. Nanda was among such artists.
Nanda represents two extreme ends: You remember very peaceful and religious song Allah Tero Naam and face of Nanda comes in mind. If you remember very sensuous song, Nanda in white gown emerges in your memory. So Nanda could represent both faces very well.
Many few artists are there in Hindi film industry who have succeeded after they started career as child artists. Jugal Hansraj, Hansika Motwani, Raju Srestha, Junior Mehmood, Sachin (Pilgaonkar) are such names who didn't succeed much. But Nanda's case was different. She started her career as Baby Nanda. Actually her family was totally film industry related. How?
Her father was well known actor and director - Master Vinayak. Full name Vinayak Damodar Karnataki. He was maternal cousin of well known actor and director V. Shantaram. Master Vinayak is also known for giving break or chance to legendary singer Lata Mangeshkar in his film Pahilee Mangalagaur. Nanda's brother Jayprakash Karnataki is also actor-director. His wife Jayshree T. is famous face of Hindi/Gujarati film industry. So, naturally film was in air of this family.

Nanda started her career as child artist and her first film was Mandir. Break was given by her father Master Vinayak. Then her uncle and legendary actor-dirctor V. Shantaram casted her in Toofan Aur Deeya.  Interestingly, Nanda's last film according imdb.com, is 'Diya Aur Toofan'! Nanda witnessed Toofan (storm) in her life and acted as 'Diya' (lamp) for her family.
Her father died when she was eight years old, so Nanda came in film industry and with her earnings she helped her family. She remained unmarried till 1992 but when she found love - legendary producer-director Manmohan Desai, and engaged with him, in just two years Manjee died! She again remained single!
In childhood her father used to relate stories of Netaji Subhash Chandra Bose, Capt. Lakshami, Mahatma Gandhi etc. Her parents were instrumental in imparting high moral and cultural values in all of children. This was the time when the young girl dreamt of becoming another Capt. Lakshami, but her father's death brought her in film industry! (Actually her father has made her acted in his film 'Mandir' and in this film Nanda played role of a boy! But acting was not her first choice, as she said in one of her interviews. While this film was being made, her father died and film was completed by Dinkar Patil. So Nanda decided to continue her film career as child artist.)
First film she did Jaggu(1952) as a child artiste in which Shyama was playing the heroine. In 1954 she did Shankaracharya and Jagad Guru. In the same year she did Angaray directed by K.B. Lal that starred Nargis and Nasir Khan and had a good supporting cast that included Vanmala, Jagirdar, Jeevan among others. Then she did Dinkar Patil's Kuldaivat followed by Shevgacha Shenga produced by Sadashiv Row Kavi and directed by Shantaram Athavle. But her big break was definitely Toofan Aur Deeya. 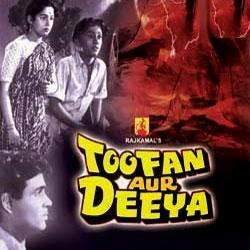 Posted by Jaywant Pandya at 3:47 PM